Sketch allows to easily create and manipulate parametric 2d geometry which one can use in Machining to define parts, fixtures, job assignment of 2d and 2.5d milling, turning, Wire EDM and other operations. 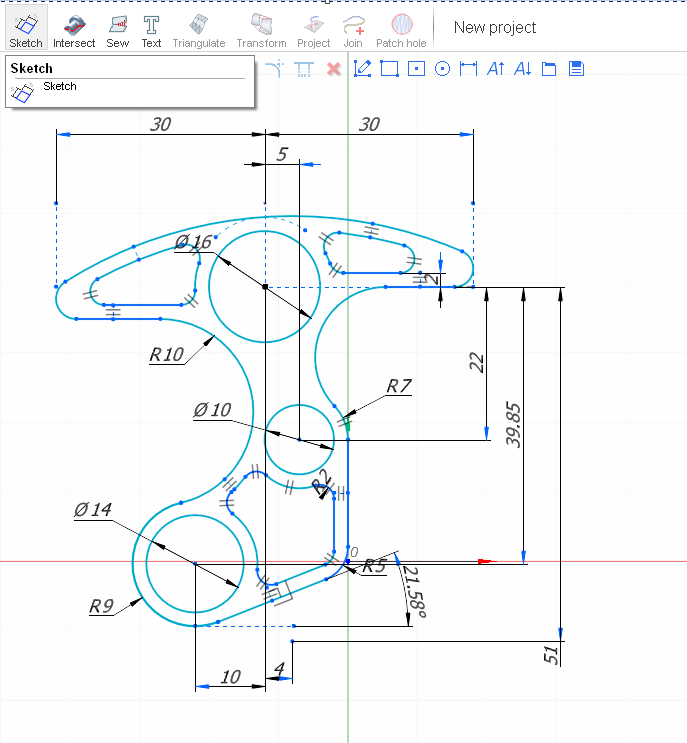 The Draft/Trim tool is used to draw connected contours consisting of lines and arcs. There are three drawing modes available, which can be switched with the Space key on the keyboard.

To draw a line tangent to an arc or a circle, hold the shift key and click on the arc. 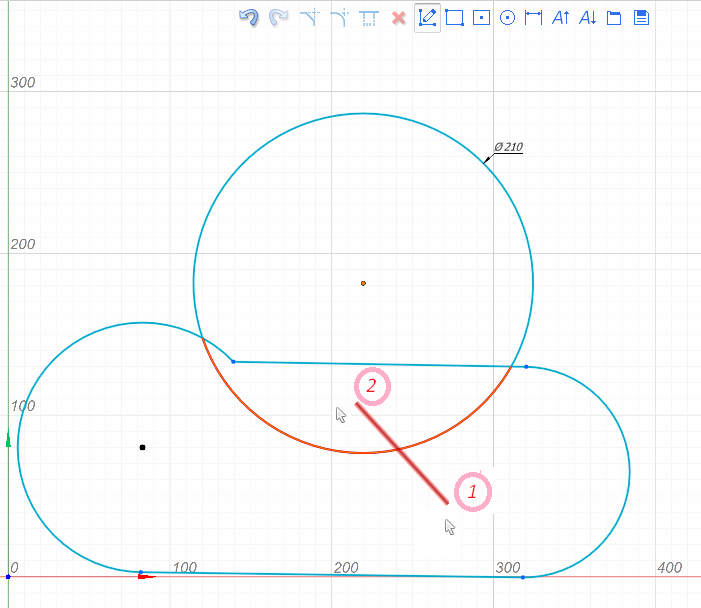 The tool is used to delete unnecessary geometric entities.

The rectangle is specified with two corner points. It's created with two dimensions, one can change by simply clicking on the dimension value. 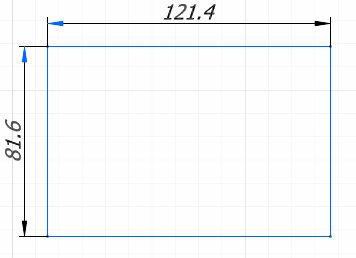 The rectangle is defined by its center and one of the corners. For convenience two additional symmetry lines are created, so when changing the box dimensions, both sides of the box move in the opposite direction. Plus, one can easily rotate the box by unlocking the angle of the horizontal symmetry line. 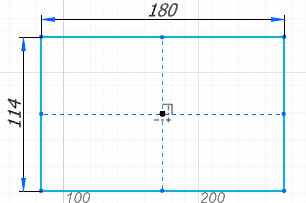 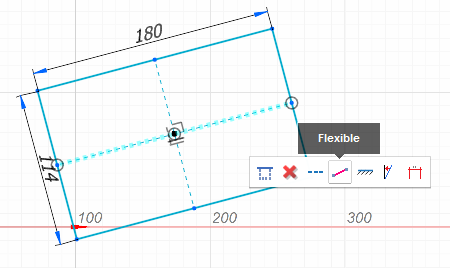 There are three ways of drawing a circle all available in one tool.

Circle by center and radius

The first click defines the center of the circle. The second click specifies the radius. Hold the Shift key and click on a highlighted line or an arc to create a circle tangent to the highlighted entity. Type the circle diameter on the keyboard and hit Enter instead of the second click if you know the diameter. Type 'R' if you want to specify the radius instead of the diameter.

Hold Shift and click on a point, a line or an arc, (it should highlight) to create a circle tangent to this entity. To completely define the circle you have to click on 3 entities, or click on 2 entities and enter the circle diameter or radius with the keyboard. If you choose to enter the radius instead of the diameter, an arc will be created instead of a circle.

The dimension tool allows to easily create linear, angular, diametrical and radial dimensions all in one place. The type of the actual dimension is determined by entities you click on.

After creating a dimension, one can change its value by clicking on it and typing on the keyboard or mouse-wheeling. The sketch will be rebuilt automatically to accommodate the change.

The geometry editing is done by selecting entities and dragging them with the mouse or choosing commands from the contextual action bar, or firing keyboard commands.

Just hit Del on the keyboard to delete the selected geometry.

To move selected geometry into another position just drag it with the mouse. All the selected points will be moving synchronously with the one you drag, the other entities will be rebuilt in order to satisfy the dimensions and the constraints applied to the sketch. When dragging a point, or a line to which dimensions are attached by the blue arrows, those dimensions become temporarily unlocked. This is made for convenience sake, so one could change the sketch dimensions by simple drag and drop without using the keyboard.

Holding Shift while dragging entities detaches the selected geometry from the not selected geometry at selected points. So, for example, if you want to separate one side of a rectangle from the rest of it, select the whole line with both its two end points, hold Shift and drag the line to a different position. 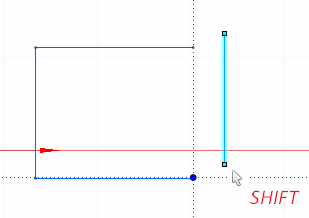 Hold Ctrl while dragging selected entities to make a copy.

If you drag selected entities by a line instead of a point, then the entities will be offset by normal instead of just being displaced. If you want to create a new contour equidistant to the selected one just hold Ctrl while performing the drag. In addition to the contour itself a dimension and synchronization lines will be generated between the source and the new geometry, so one can change the offset value after the offset is done.

One can increase or decrease the size of the dimension elements, such as arrows and captions with the two buttons. 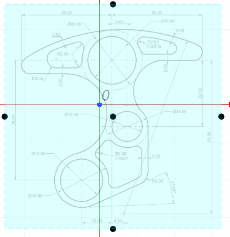 To simplify the task of converting a paper drawing into a parametric sketch a raster image can be inserted into the sketch.  Just click the Open button, and select the file with the image in the explorer. Then place the image in the desired position, by selecting it by its dashed side and mouse-dragging. Then move the center point of the image to the position of where the scale center should be and change the size of the image by dragging the side points. If you want to change the aspect ratio of the image, hold Shift while dragging the side points.

It is possible to save and load a sketch into/from an .gsf file.

When selecting sketch entities on the screen the contextual action bar appears. It offers actions applicable to the selected entities.

The commands generate chamfers or roundings in all selected points. The first generated chamfer/rounding is generated with a dimension, the rest are constrained to be equal to the first one. This allows to easily change the size of the fillets after they have been created. 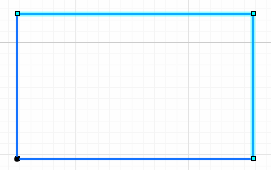 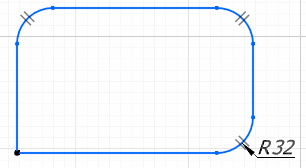 The operation deletes selected segments from a contour and heals the hole by extending neighboring segments. You can delete chamfers, roundings, grooves and other features this way.

The command switches the type of selected entities between main/construction. Construction entities are drawn with a dashed line. They are used to define geometrical relations between other entities, but otherwise have to be invisible to the system. Examples of construction lines include symmetry lines, aligning lines and other.

Dimension a point, a line or an arc

The command makes selected lines parallel to each other.

The command makes the selected segments to lie on the same line.

The command makes the selected lines perpendicular to each other.