5-axis positioning provides a convenient method of manufacturing parts that require milling on multiple faces by minimizing setups. The figure below shows an example of a part that requires milling from 2 different orientations. With 5-axis positioning, this entire part can be milled with a single program.

5-axis positioning is performed by setting the appropriate values to the <Rotary Axes> parameter section in the operation Setup panel. All the milling operations may be used for part's processing from different sides. In the case the equipment doesn't allow to rotate the part or the axis of the tool, it is necessary to change the scheme of part's workholding. 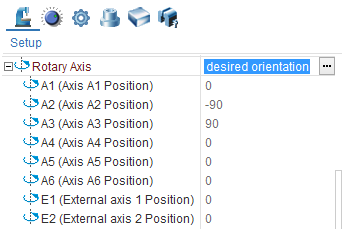 In SprutCAM you can easily set the rotary axes position by clicking on the part face which the tool axis has to be aligned to. This method is performed with the following steps: 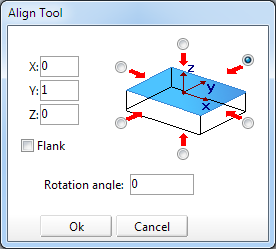 In the dialog you can see and edit the orientation of the current tool axis in the Global coordinate system.

By default an operation generates the toolpath in the Workpiece coordinate system (G54 - G59), but you can change this behavior by specifying the  Operation local coordinate system parameter in the Setup panel. 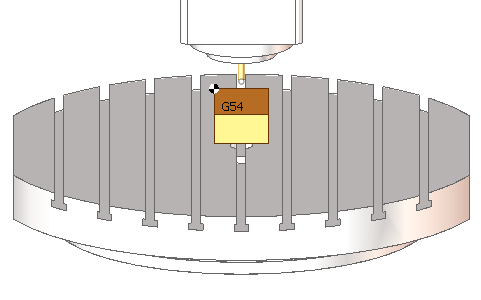 Initial machine configuration (A0 C0). G54 is at the top left corner of the workpiece, the tooling point is at the tool tip 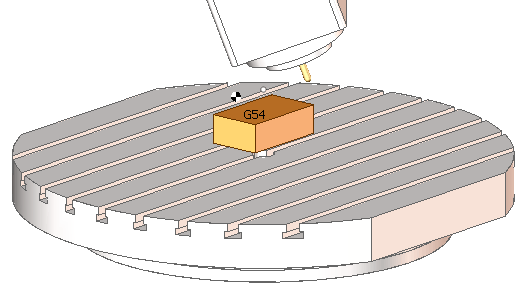 Machine configuration after 5 axis positioning without Local CS enabled (A20 C-40). The workpiece and the tool are moved, but the G54 and the tooling point still stay the same. The generated toolpath will be depend on the workpiece setup and the tool length 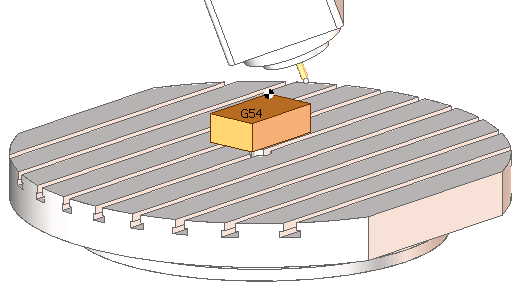 So generally you should use the <Auto> option of the Local CS parameter. For more information refer to the Operation local coordinate system topic.